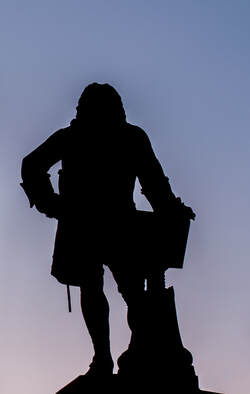 
Our long-awaited first CD has entered the hot phase! Editing and Mastering (and CD-booklet writing).

We finished recording on Oct 30, 2022, and are awaiting release in the late spring/early summer of 2023, on the Toccata Next (London) label.

This recording features the music of composers active in London between 1700 and 1750, but whose music was overshadowed by the colossus from Halle. Johann Ernst Galliard, Elisabetta de Gambarini, Maurice Greene, Jeremiah Clarke, John Blow, and Henry Carey. Almost all the works on this CD will be first recordings.


Review (in German) from May 3, 2022: A concert of the music from the CD in Wehrheim (Taunus)
Frankfurter Neue Presse  Review here.

This concert was inspired by, and is shaped around, Johann Ernst Galliard's wonderful setting of Milton's "Morning Hymn" -- his "Hymn of Adam and Eve," given its first modern performace by Lux et Umbrae in the summer of 2015. It includes the music of many of Handel's often very talented, but nowadays overlooked or even forgotten fellow composers, composing in London between 1700 and 1750. Coming out from under his shadow in this concert are, in addtion to Galliard, Maurice Greene, Giovanni Bononcini, Henry Carey, Elisabetta da/de Gambarini, and Jeremiah Clarke.

This concert was first given in the Evangelische Kirche in Wehrheim on May 1, 2022. Review from the Frankfurter Neue Presse here.
The companion concert (with only one singer) Handel's London: Kloster Beuerberg, June 26, 2022.

Unanständige Paare (or "Crazy in Love")

We welcome guest artists Prof. Marion Eckstein, contralto, and Julia Nilsen-Savage, cello, for the opening concert of the 2022 Festival für Alte Musik in Aalen. Exploring the high voice duet throughout the first two centuries of operatic history, we go through crazy lovers (Nero and Poppea), and those made crazy by the sufferings of love (two shepherds lamenting lost loves, one by Henry Carey, and the other from Antonio Vivaldi) as well as many other explorations of love--brotherly, mother and son, divine, love of music, and more.